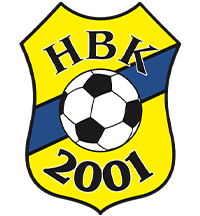 The first 10 minutes of the game we were very good. The team was moving the ball around, making good passes and good decisions. We started to lose focus and the other team started to put some pressure on us. The other team takes the lead 1-0 off a fantastic shot from outside the box. After the other team scored we struggled to settle down and control the game. Later in the first half the ball comes to Erik in the box. Erik dribbles 2-3 defender and the goalie before getting taking down in the box drawing a penalty shot. Emil Odqvist steps up and scores in the bottom right corner. The goal gave us some momentum to finish the first half even at 1-1. Substitutions were made starting the second half and the team came out flying. We had complete control of the game to the point of domination. About 15 minutes into the second half, we switch the ball from left to right. The ball drops right to Namat who takes a great touch and send it flying into the goal, 2-1. Continuing the pressure and domination about 10 minutes later, Filip is driving into the box from the left side of the goal, sends a hard pass on the ground to Andreas Litzell in front of goal. The defender intercepts the pass but scores and own goal, 3-1. The remainder of the game we always had control of the ball. Lots of substitutions were made so we always had fresh legs on the field. Some players who impressed me and deserve some credit, David, Emil Odqvist, and Mickey. These three really showed well even if some of them didn't play the full 90 min.
The following are my 3 star players of the game.
⭐️Namat
⭐️⭐️Andreas Bengtsson
⭐️⭐️⭐️Andreas Litzell